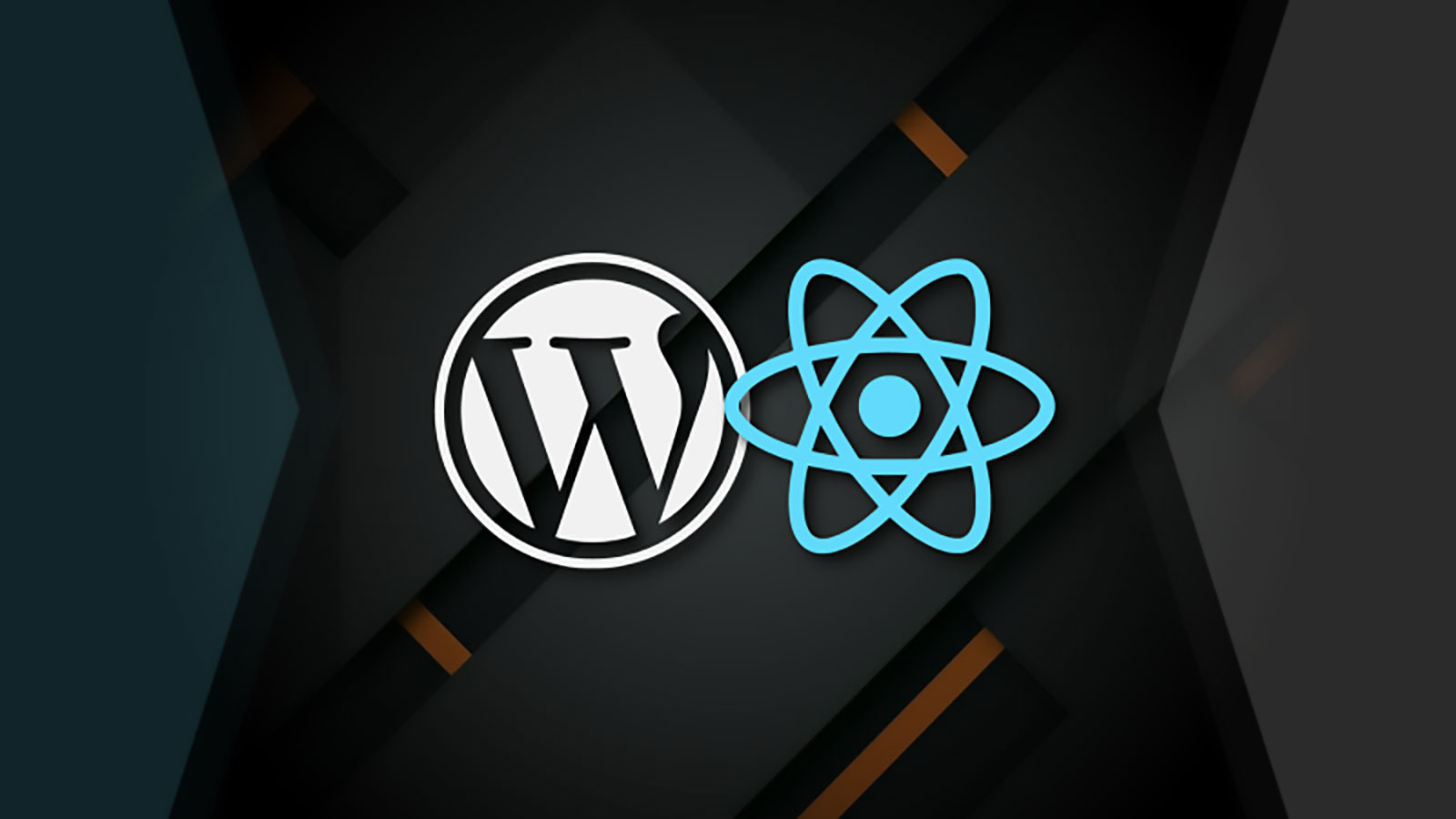 Want the advantages of a modern React SPA, but need a back-end that feels familiar? In this article, we’ll go through how to set-up WordPress’s REST API, including custom posts types and fields, and how to fetch this data inside React.

Recently, I was working on a React app for a client when they sprung this question on me: ‘Can we use it with WordPress?’

Since late 2015, the answer to this question has been yes. But the steps necessary to create a working decoupled site may not seem straightforward, especially to those who aren’t familiar with both WordPress and React.

On my journey to create a working application, I encountered a handful of tricky obstacles, and in this article, I’ll explain how to avoid them. I’ll also share several tips and tricks I learned along the way.

What is a Headless CMS?

In the past, using a CMS like WordPress meant you had to build your frontend using PHP. Now, with a headless CMS, you can build your front end with whatever technologies you like; this is because of the separation of the front-end and the back-end via an API. If you want to create a SPA (single-page application) using React, Angular or Vue, and control the content using a CMS like WordPress, you can!

You’ll get the most out of this article if you have:

Programming is full of jargon, but it does make it a lot quicker to discuss some of the concepts in this article. Here’s a quick recap of the terms we’ll be using: In this article, we’re using WordPress as our CMS. That means programming our back-end in PHP and using WordPress’s REST API to deliver JSON data to our frontend.

Where Can I See WordPress’s JSON Data?

Before getting to the good stuff, a quick note about where you can find the JSON data on your WordPress site. Nowadays, every WordPress website has JSON data available (unless the site owner has disabled or restricted access to it). You take a look at the main JSON of a WordPress site by appending /wp-json to the root domain name. So, for example, you can take a look at the JSON for WordPress.org by visiting https://wordpress.org/wp-json. Or, if you’re running a WordPress site locally, you can see its JSON by following localhost/yoursitename/wp-json. To access the data for your posts, type localhost/yoursitename/wp-json/wp/v2/posts . For a custom post format, swap in the new format (e.g. movies) instead of posts. What now looks like an unreadable block of text is exactly what will allow us to use WordPress as a headless CMS!

To set-up your REST API, most of what you’ll need to do will happen in your functions.php file. I’ll assume you know how to set up a WordPress project and access it using localhost , but if you’d like some help with that, I recommend this article (it’s what I used to get started programming with WordPress).

For most projects, you’ll want to use a custom post type, so let’s begin by setting one up.

Let’s say our site is about films, and we want a post type called ‘movies’. First, we want to make sure our ‘movies’ post type loads as soon as possible, so we’ll attach it to the init hook, using add_action :

I’m using movies_post_type() , but you can call your function whatever you want.

Next, we want to register ‘movies’ as a post type, using the register_post_type() function.

The next chunk of code may look overwhelming, but it’s relatively simple: our function takes a lot of in-built arguments to control the functionality of your new post type, and most of them are self-explanatory. We’ll store these arguments in our $args array.

One of our arguments, labels , can take many different arguments of its own, so we split that off into a separate array, $labels , giving us:

Two of the most important arguments are 'supports' and 'taxomonies' , because these control which of the native post fields will be accessible in our new post type.

In the above code, we’ve opted for just three 'supports':

Generate WordPress also has a handy tool to help you code custom post types, which can make the process a lot quicker.

If the title placeholder text “enter title here” could be a little misleading for your custom post type, you can edit this in a separate function:

Adding a Custom Field to Your Custom Post Type

What if you want a field that doesn’t come pre-defined by WordPress? For example, let’s say we want a special field called “Genre”. In that case, you’ll need to use add_meta_boxes() .

For, we need to attach a new function to WordPress’s add_meta_boxes hook:

Inside our new function, we need to call WordPress’s add_meta_box() function, like so:

You can read more about this function’s arguments here. For our purposes, the most critical part is the callback function, which we’ve named genre_meta_box_callback . This defines the actual contents on the meta box. We only need a simple text input, so we can use:

To fetch external data in JavaScript, you need to use promises. This will likely have implications for the way you want to structure your React components, and in my case (converting an existing React project), I had to re-write a fair amount of code.

Promises in JavaScript are used to handle asynchronous actions — things that happen outside the usual step-by-step or “synchronous” order of execution (after hoisting).

The good news is that asynchronous JavaScript is a lot easier than it used to be. Before ES6, we were dependent on callback functions. If multiple callbacks were necessary (and they often were), nesting would lead to code that was very difficult to read, scale and debug — a phenomenon sometimes known as callback hell, or the pyramid of doom!

Promises were introduced in ES6 (or ES2015) to solve that problem, and ES8 (or ES2018) saw the introduction of async ... await , two keywords which further simplify asynchronous functionality. But for our purposes, the most critical promise-based method is fetch() .

This method has been available since Chrome 40, and it is an easier-to-use alternative to XMLHttpRequest() .

fetch() returns a promise and so it is “then-able”, meaning that you can use the then() method to process the outcome.

You can add fetch to a method inside your React class component, like so:

In the code above, two things are important:

In most cases, we’ll want to run this function as soon as our React component has mounted, and we can specify this using the componentDidMount() method:

Once you have returned a promise, you have to be careful about handling it in the correct context.

When I first tried to use promises, I spent a while trying to pass that data to variables outside of the scope of the promise. Here are a few rules of thumb:

Let’s say we want to pull in the name, description, featured_image and genre of the custom WordPress post type we defined in part 1.

In the following example, we’ll fetch those four elements for each movie and render them.

As so often with React tutorials, the following block of code may look intimidating, but I hope it will seem much simpler when we break it down.

In this method, we call super(props), define our initial state (an empty data object) and bind three new methods:

We want to fetch our data as soon as the component has mounted, so we’ll call fetchPostData() in here.

We fetch the JSON from our URL, passing .json() in the first .then() method.

In the second .then() method, we extract the four values we want for every movie entry we’ve fetched and then add them to our newState object.

We then use this.setState(newState) to add this information to this.state.data .

The conditional if (this.state.data) means that the function will only run once data has been fetched.

In here, we take an array of all our fetched movies from this.state.data and pass it to the function populatePageAfterFetch() .

In this function, we prepare the data for each movie to be rendered. This should look straightforward to anyone who’s used JSX, with one potential stumbling block.

Note: The reason this is potentially “dangerous” is that, if your data were hijacked to contain malicious XSS scripts, these would be parsed too. As we’re using our own server/CMS in this article, we shouldn’t need to worry. But if you do want to sanitise your HTML, take a look at DOMPurify.

Finally, we control where our rendered data will appear by calling the renderMovies() method within our chosen

tags. We’ve now successfully fetched data from our WordPress site and displayed it!

Overall, I hope this article makes the process of connecting a React front-end to a WordPress back-end as painless as possible.

Like so much in programming, what can look intimidating to begin with quickly becomes second nature with practice!

I’d be very interested to hear about your own experiences using WordPress as a headless CMS, and I’m happy to answer any questions in the comments.